How To Make Clips On Extensions


Find some threads that are very close to the color of your hair extension. Grasp the end of the thread and pull out a long section until its length is twice the length of the arm, which can exceed the length of the arm. After all, having a longer thread is not better than a later thread.

Locate the left or right edge of the extension, and then pass the needle through the top of the weft thread. Pull the needle through the looped thread to tie the knot, and then tighten the thread. Place the clip face up (the round part of the clip face up is the front face) on the edge of the weft thread. If your clip faces the wrong direction and forms a "U" shape, you will not be able to connect the hair extensions correctly. 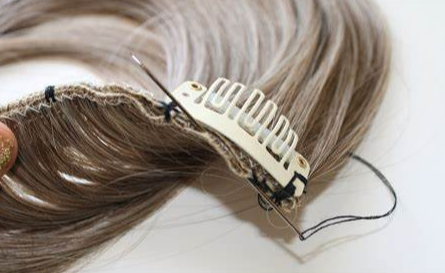 Repeat the loop threading and triple knotting process until the last opening is reached. After going through all the openings, cut off the excess thread on the clip.